Surgeon and I met during his 2nd year of residency. I seriously had no idea what I was getting into back then. I am still learning things, but just in case you’re texting that really awesome, sexy doctor online (yes, gentlemen, I am talking to YOU too), there are some things worth knowing.

Inspired by the wonderful and talented Single With Scalpel‘s guest post on the equally savvy and fabulous Sassy‘s blog, here’s a handy list to keep around.

Tip #1: Be Flexible – Dates can and SHOULD happen anywhere. After my first formal date with Surgeon, it got not-so-formal. We’ve had dates in supermarkets (yes, we grocery shopped together and then went home). More dinner dates happened at the hospital than anywhere else. In the end, your where-to-have-a-date question should be: where can I spend the most time with this person? And then, DO IT, no matter how weird it seems.

Tip #2: Appreciate Time Constraints –  Residents don’t have a lot of free time. Surgeon worked 100+ hours for many weeks, and with 4 days off a month, it wasn’t easy getting a “weekend away.” Realize this and really appreciate that they want to spend that little time off with you, instead of, you know, SLEEPING.

Tip #3: Be Ready to Put in MORE Time – They say all is fair and equal in true love. HAHAHA. Ahem. I mean, yes, it is. But when you’re dating a resident, fair and equal doesn’t apply for many things, especially time-wise. It’s one thing being flexible, but you should also count on spending a lot of time prepping on your own for that date. By the first month, I knew a dinner date meant me cooking, packing and cleaning up afterwards only to spend 30 minutes eating with Surgeon. I was willing to give it that time. Did that mean Surgeon NEVER cooked for me or NEVER did dishes? Of course not! But I never held it against him when he couldn’t.

Tip #4: Be the NON-Work Person – I found out early on that I LOVED listening to Surgeon talk about his work. It became a habit for me to ask, “So, what procedure did you do today?” Surgeon was a good sport, but I realized it wasn’t as enjoyable for him as it was for me… he needed someone to take him OUT of the medical world, quite understandably after spending 17 hours of a day there. So we learned to talk about OTHER things. Do I still get stories and reports about the OR? Absolutely. But not because I asked 🙂

Tip #5: Be Honest About what YOU Want – Also on Single with Scalpel’s list, yet it’s important on both sides. Residency is hard, but don’t let it become an excuse. Be flexible, but also let your super awesome doctor know when you want something! I was always hesitant in bringing up issues, or suggesting things that I knew would be difficult for Surgeon to do. But you matter. They want to be with you. They just don’t have time for the wheedling about, so TELL THEM the truth, always. You’ll be (most likely) pleasantly surprised. I certainly was when I found myself on a hike with my favorite person on a post-call day…

Tip #6: Befriend Co-residents – and spend time with them, even if it means being the only non-doctor in the room. Some of my best allies in getting Surgeon to be somewhere on time were his co-residents. Better yet, you haven’t heard from your person all day? Text a co-resident and they’ll fill you in. Pay them back in homemade cookies. Or pies. Really, food. Any food. They are your best friends forever. Truly.

Tip #7: Know That You’ll Sometimes Come Second – but never by choice. That’s the most important thing to understand. It is NEVER by choice. There have been many disappointing moments in our almost 4 years together directly tied to Surgeon being caught up in some dilemma at the hospital. Delays upon delays. No-shows with delayed responses as to WHY the no-show. Cancellations. Once, he had to leave me mid-ordering a meal during my birthday dinner. It sucked. But it sucked for BOTH of us, not just my poor little self sitting alone at a table. Surgeon didn’t get to eat again for a whole night and day.

Tip #8: 99% of Bad Moods/Days are NOT About You – This was really a hard one to learn for me… I tend to take a person’s mood around me as a reflection of what they feel about me. This is not a bad way to judge whoever you’re interacting with, but when you’re dating a resident, it might come to the point where all you see is bad days, row after row. It took me a while to realize that Surgeon probably deals with a LOT of frustration that he CAN’T show at work, so he comes home and deals with it there. It’s not about me. We learned together how to deal with the stress and the emotional burden of it… but that’s a whole other post in and of itself!

Tip #9: Learn How to PROUDLY make Excuses for their Absence – All my friends knew I had been dating, but no one believed me until I finally posted up our wedding photos on FB. Even then, there were people asking me if I hired someone to mess with them, heh. Truth is, residency means NO TIME. I went to all my friends’ weddings during Surgeon’s residency without him. Hell, I still go places without Surgeon! But I tell everyone proudly: my boyfriend/fiance/husband is working hard… he would love to be here, but he can’t be. He really is sorry to miss this! Don’t ever belittle your other-half’s work through their absence. They aren’t there because the work they are learning to do might someday save the very person you’re explaining their absence to.

Tip #10: Know that You’ll Never TRULY Understand the struggle of residency, but you’ll know better than most. You can’t walk in a resident’s shoes unless you’re a resident, too! There are things I still don’t get, frustrations that I am still grasping to make sense of, hospital bureaucracy that I am still wondering angrily about. I cannot compare anything I do to what he does (and really, no one should ever compare in ANY relationship, resident or otherwise), but I can listen. And by listening, I can’t say I have worn his shoes, but I can say that I do love the shoes he wears and will always stand next to them in my own. Residency is tough, but love is stronger.

And on that clichéd but very true note, I’ll leave you. If you have anything to add to the list, let me know below! I’d love to amend/discuss 🙂 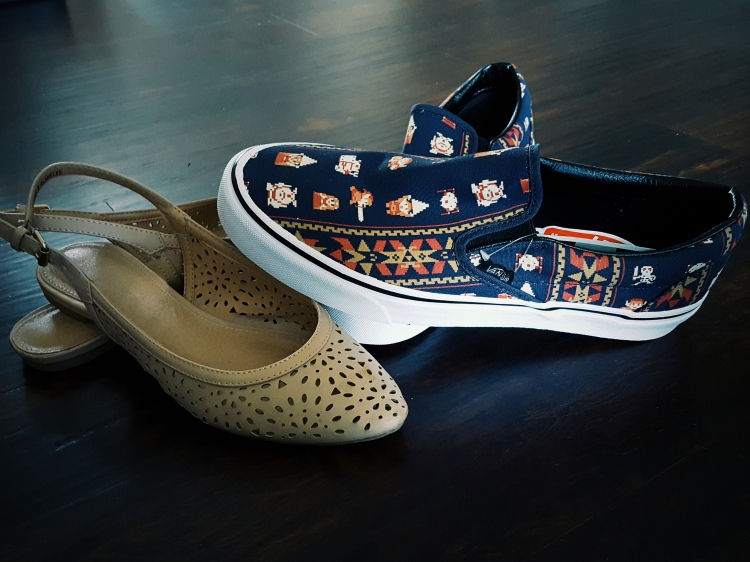